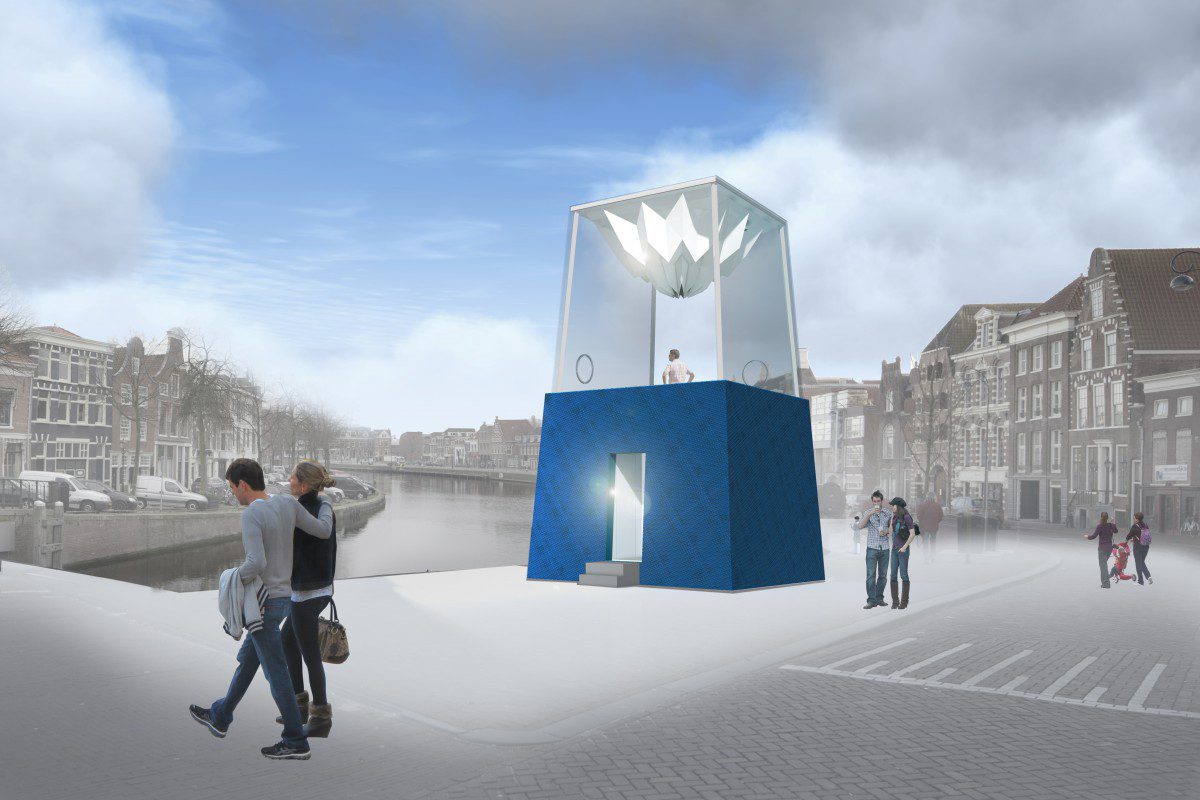 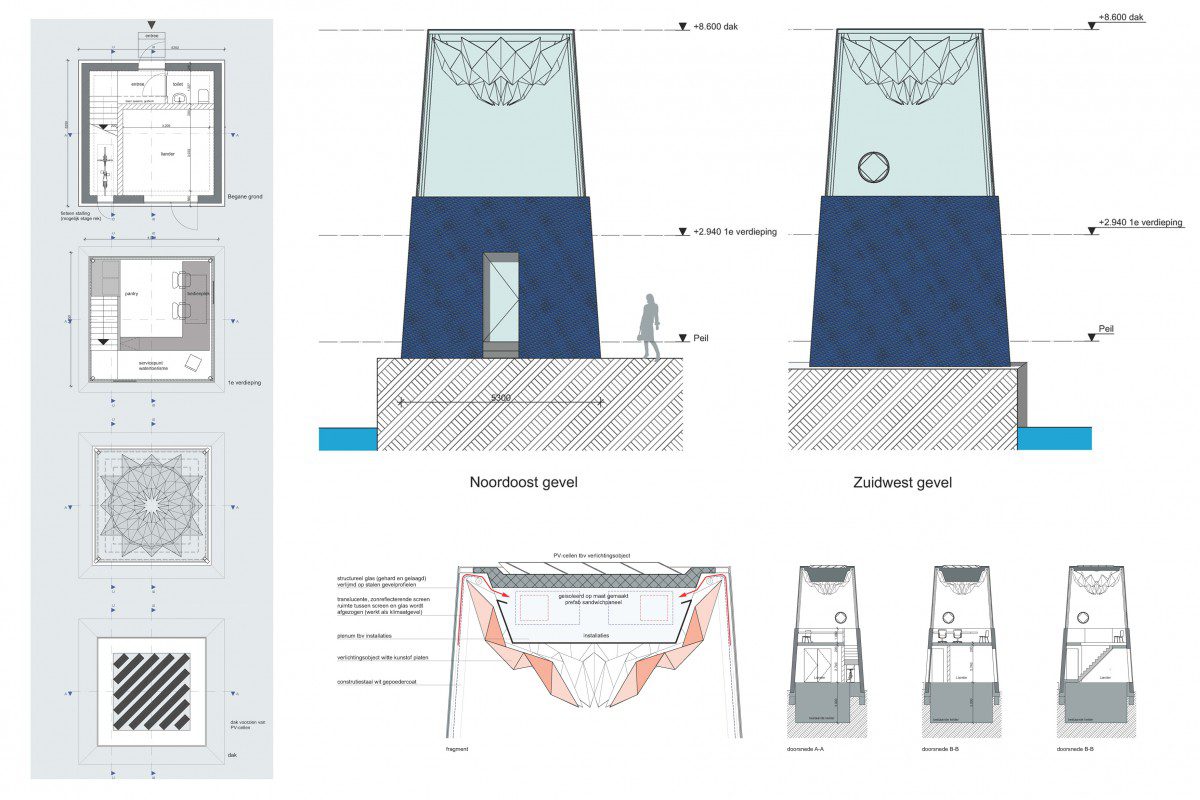 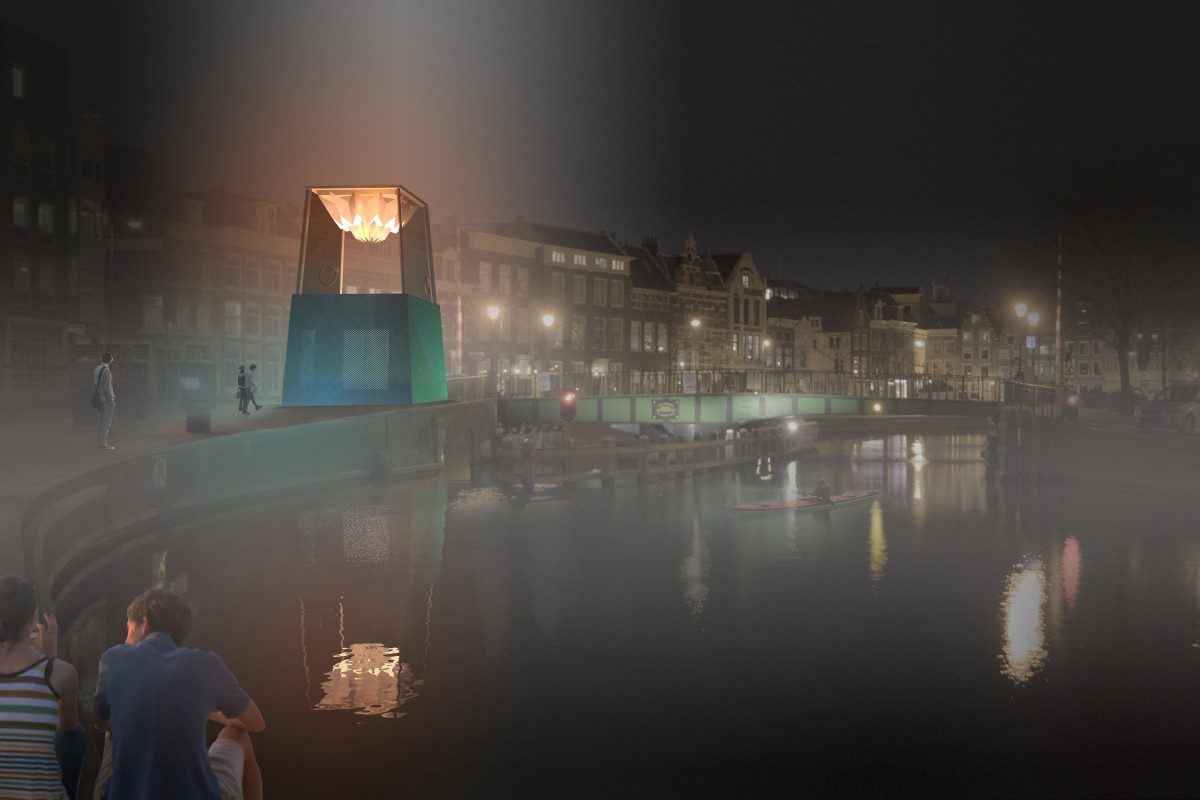 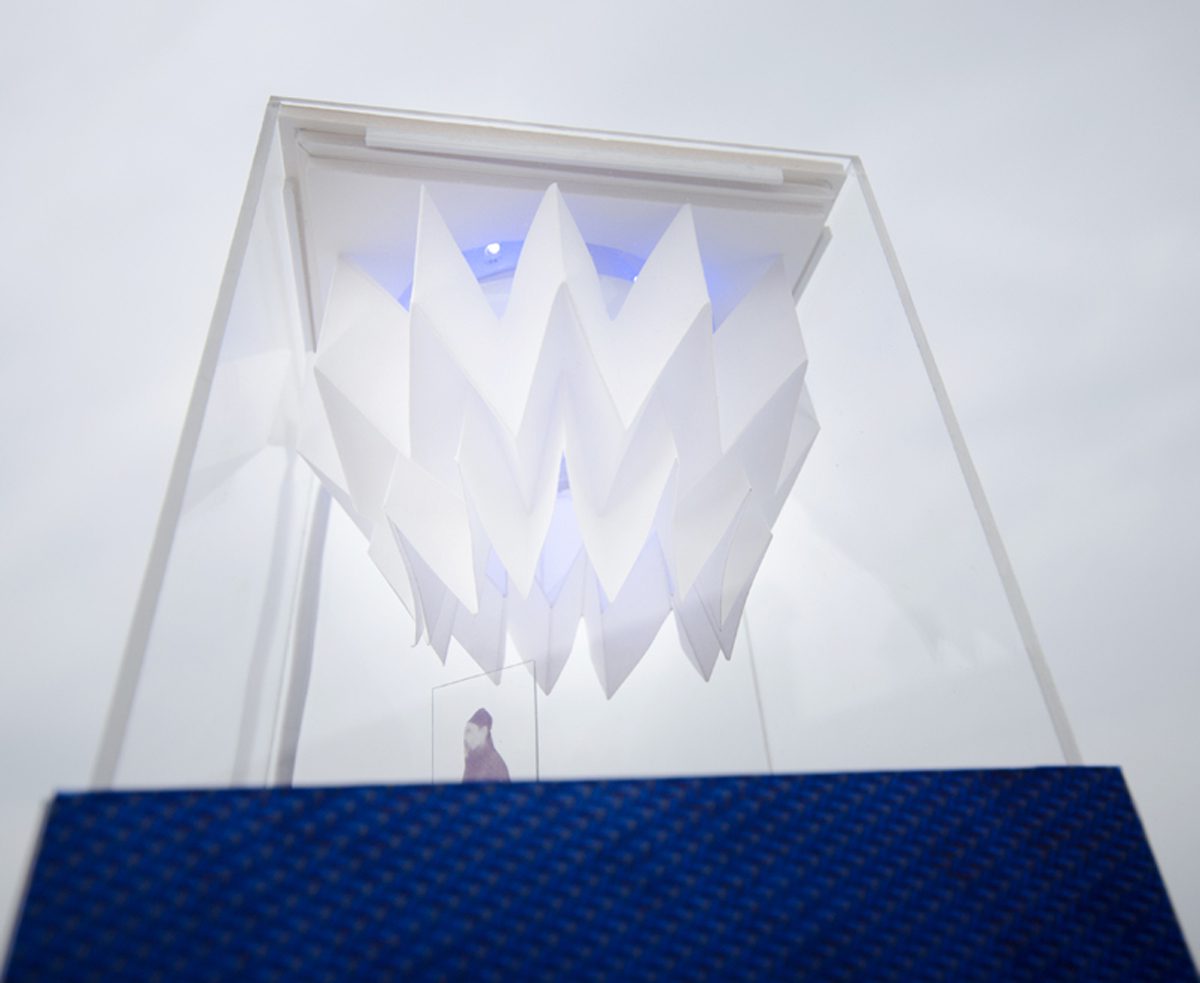 The design is a new tower that adds to the view of the city. An eye-catching structure the welcomes the visitors and gives the bridge keeper a good view on the river Spaarne.

The eye catcher of the structure is the abstract waterlily situated at the top floor. The waterlily is a remarkable plant that only grows in calm and very clean water. It is a symbol for the transition that the river went through from an industrial route to a quiet and meandering river. De waterlily is designed as a precious jewel, that makes the visitor look up and have a glance at the richly decorated towers and facades of Haarlem.

At night time the waterlily spreads a soft glow. Making it a subtle landmark in the centre of town.