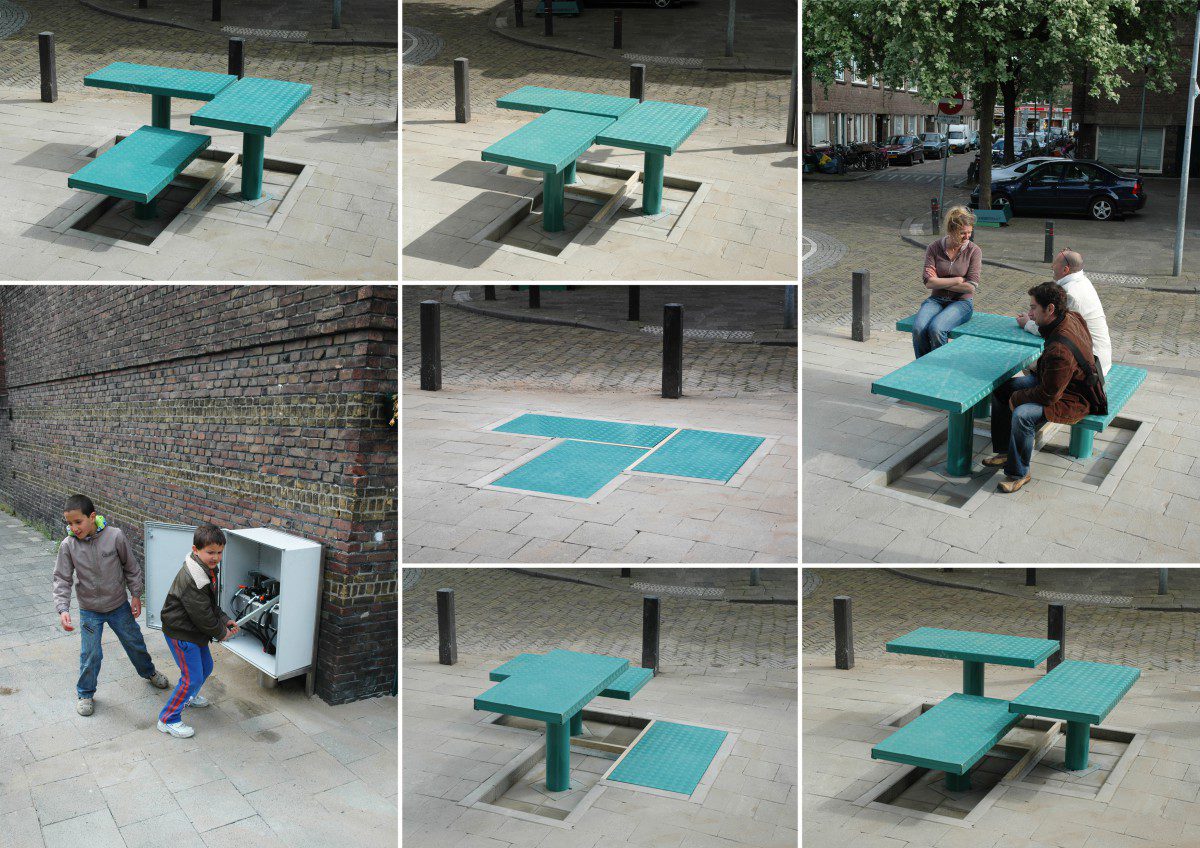 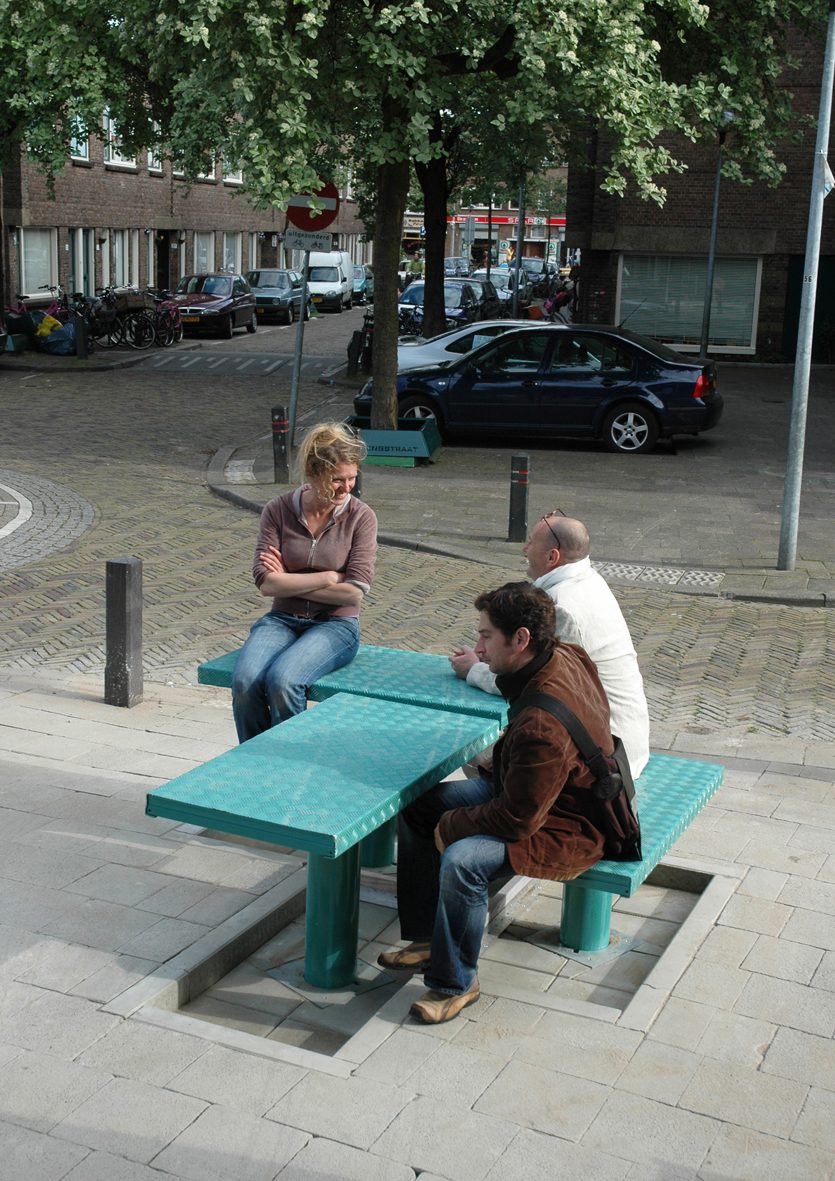 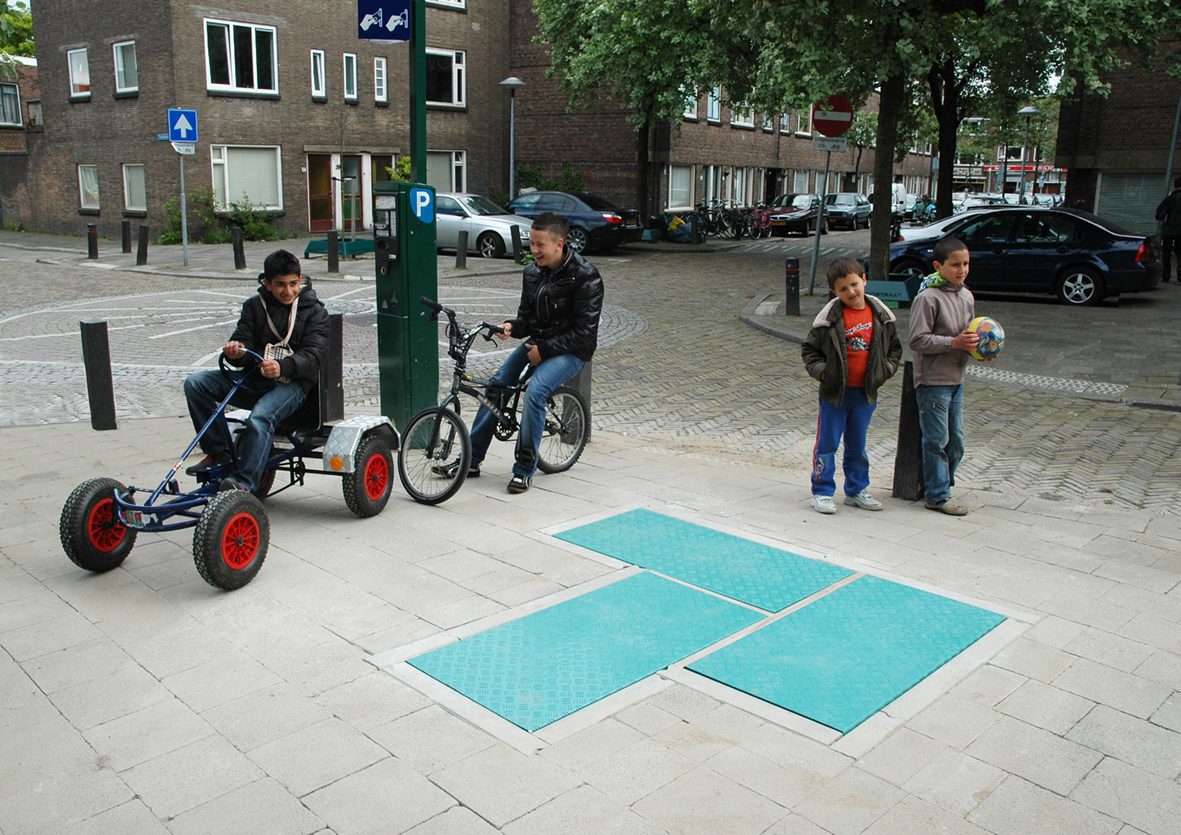 In the quarter Lombok in the city of Utrecht, The Netherlands the first Pop-Up was placed. The Pop-Up, a furniture for the public space, is a design of Carmela Bogman and Rogier Martens.

The Pop-Up is made out of three retractable bollards. On these bollards aluminum sheets are attached that can be manually pumped out of the floor. Several keys are spread among the neighbourhood to the different users of the furniture. The keys give access to the pumping system. Because of the hydraulic system the bollards can be fixed at any height, with a maximum height of seventy-five centimetres. The user completes the space, every user in its own manner.

By using several sheets that can be fixed at any height, the choice is up to you whether you want to create a bench,  a stage or a lounge area. The possibilities are endless. The Pop-Up blurs the boundaries between public and private. After using the Pop-Up it is pumped back into the pavement creating a peaceful street scene without any obstacles. But if you feel like using the Pop-up, all the ingredients are right there on the street.

The Pop-Up is a design of Carmela Bogman and Rogier Martens and is realized together with the inhabitants of the quarter Complex 507 in Utrecht, The Netherlands.