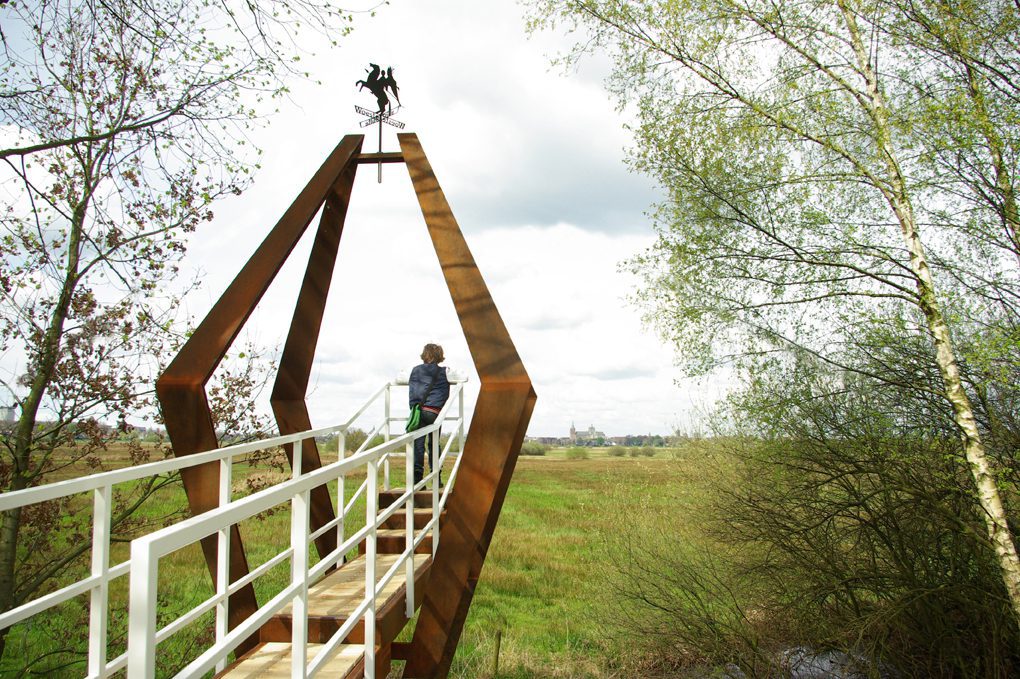 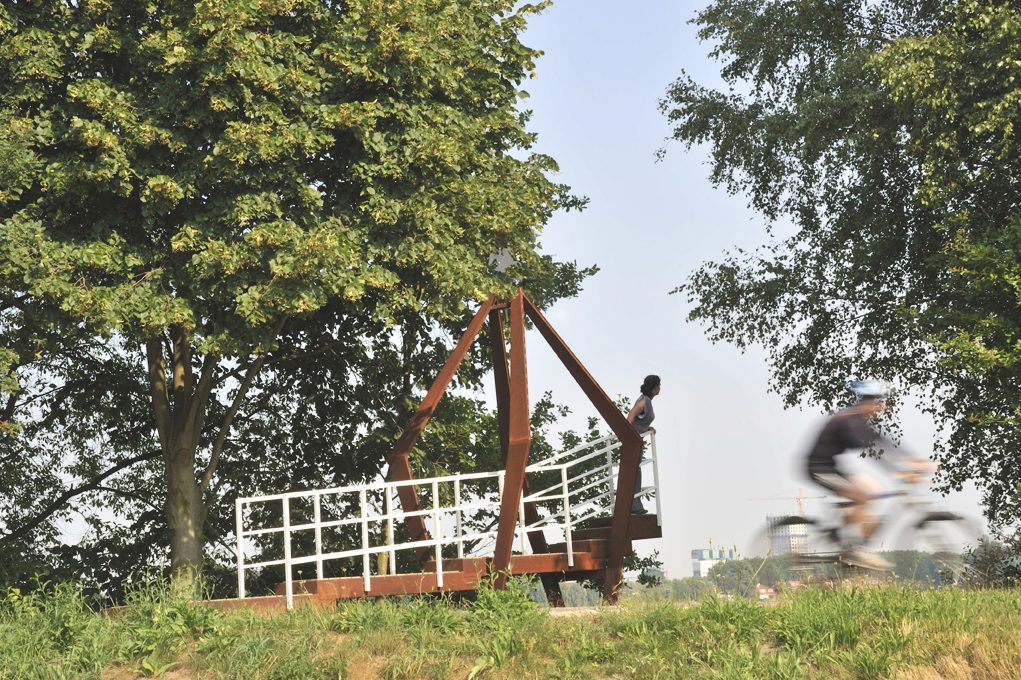 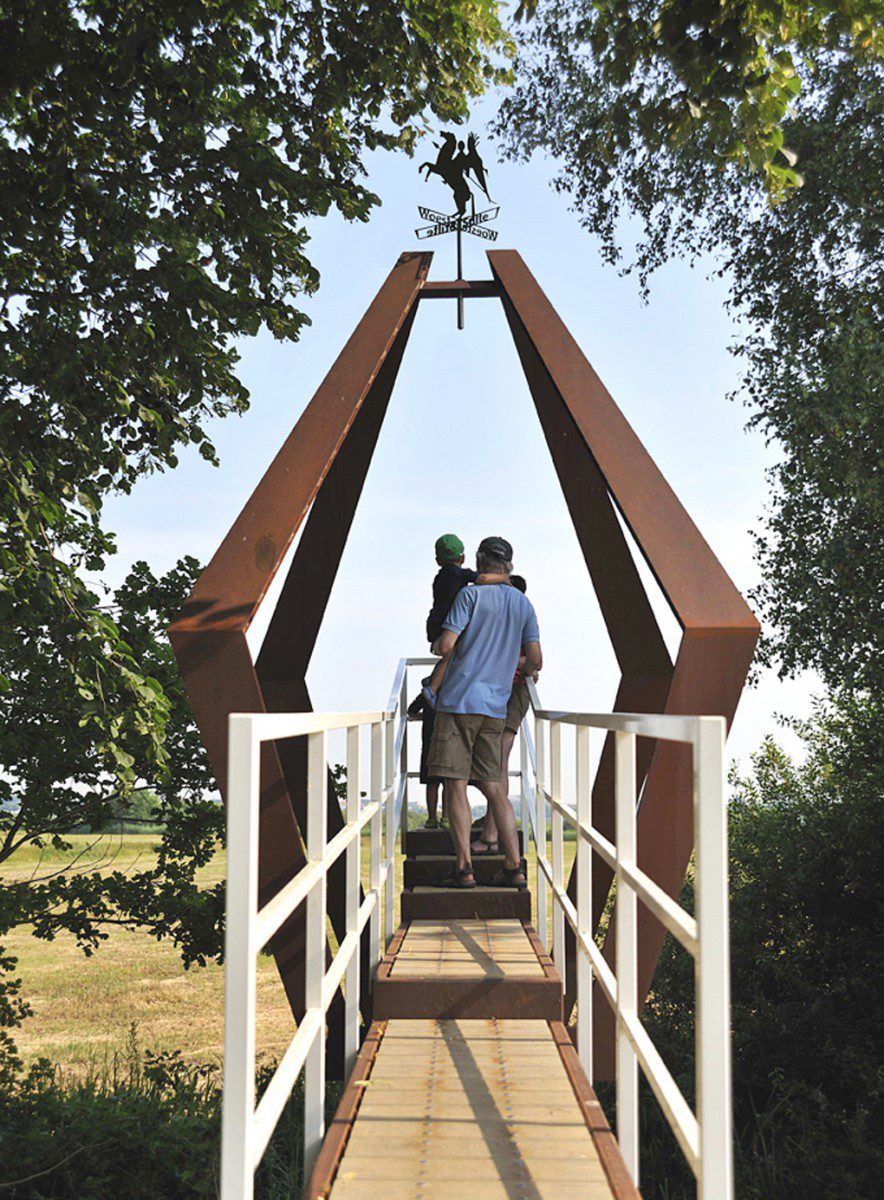 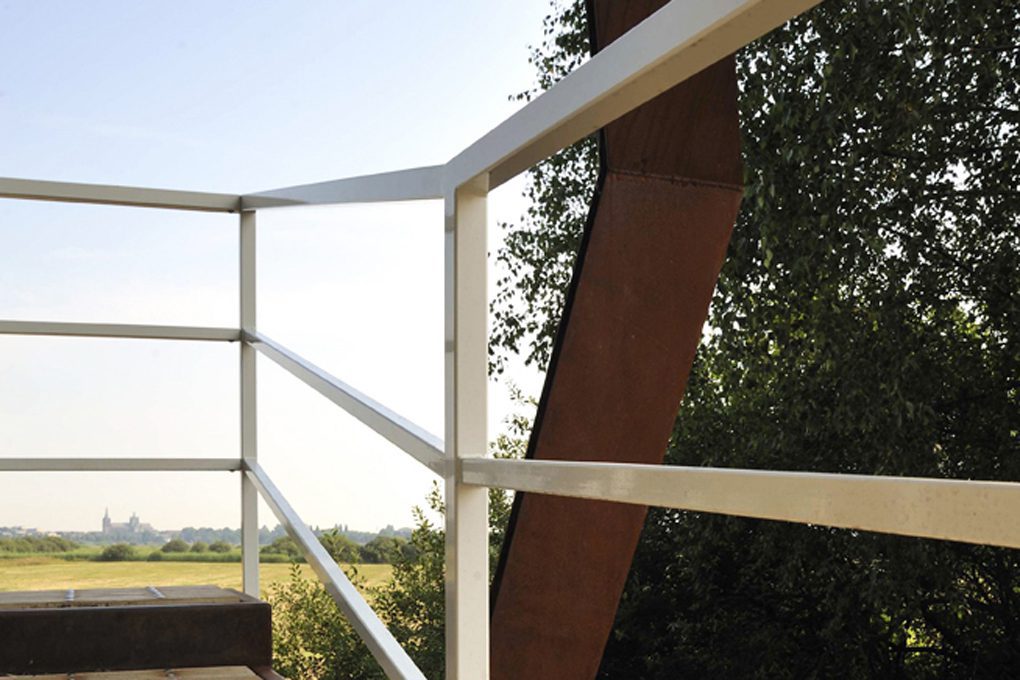 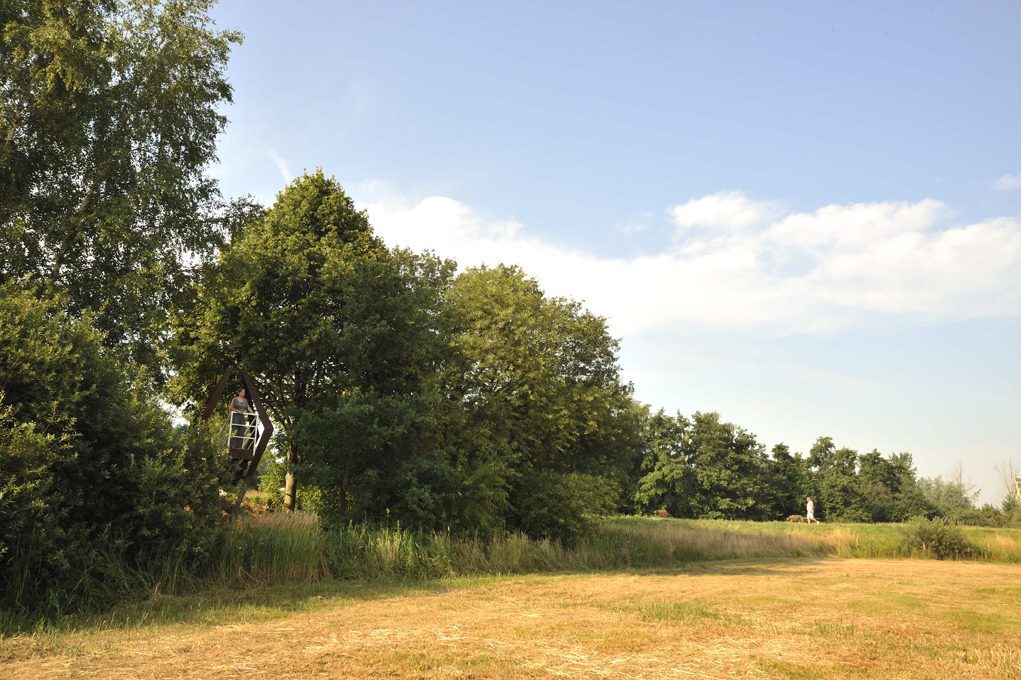 Nature area the Bossche Broek and Den Bosch, a city in the southern part of the Netherlands, owe their existence to one another. In the past the Bossche Broek was a place where battles were fought  and the troops slowly sank into the swamp trying to invade the city. According to catholic tradition the location where a miracle took place, a chapel is built to mark this miracle. Savage Silence trans-lates the miracle of the Bossche Broek, a history of violence resulting in a beautiful landscape, and at the same time contributes to the silence and its surrounding.

To make sure that Savage Silence is a subtle element in its environment, it is made out of Cor-Tensteel. The rusty colour is beautifully in balance with the surrounding nature. The walking path is made out of sustainable Accoya wood, which can be recycled after use. The wind vane which is displayed at the highest point of the chapel, consisting of a knight and a stork, is a reference to the miracle of the Bossche Broek and represents the turbulent history and the beautiful nature that resulted from it.